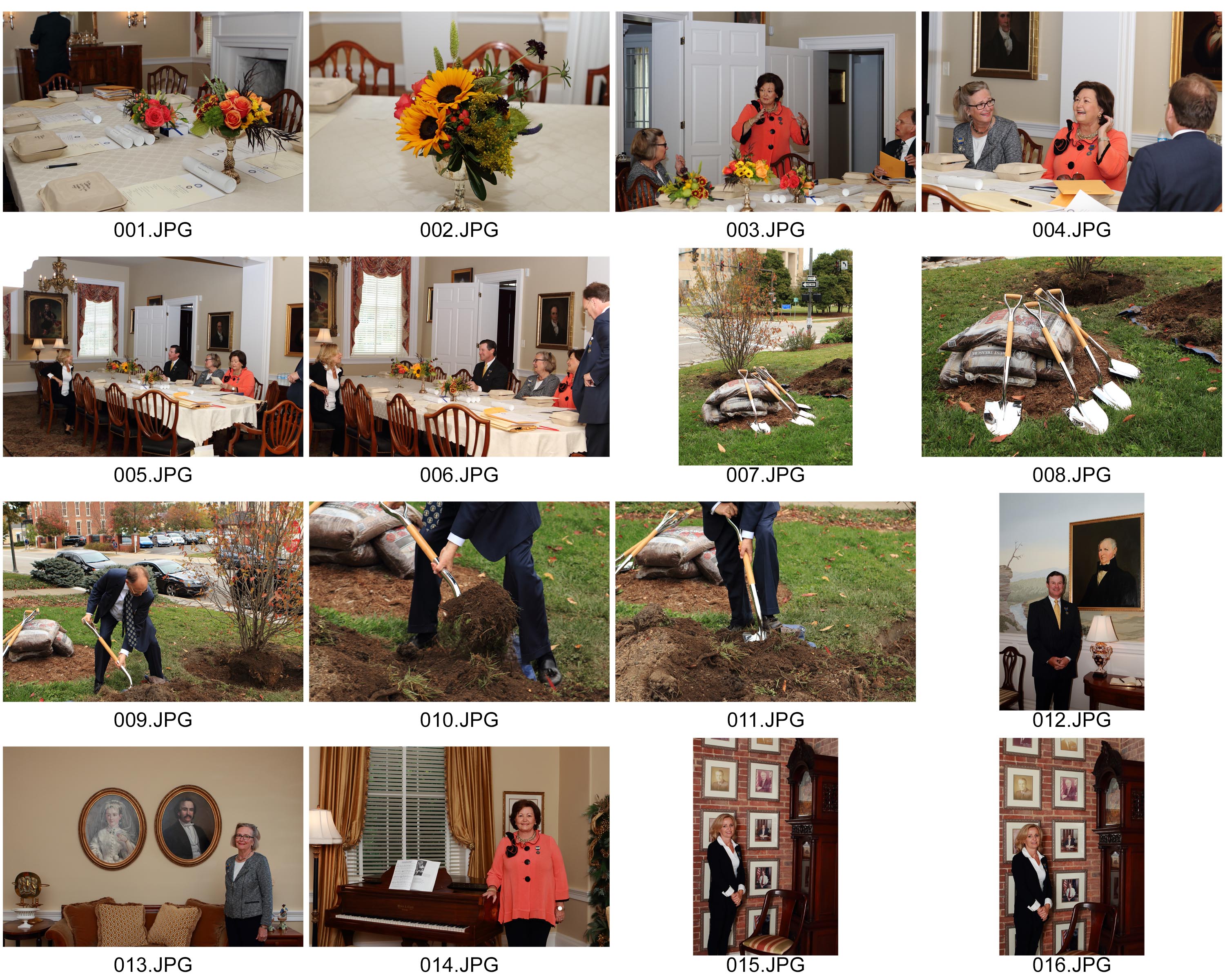 On Thursday, the 13th day of October, 2016, The Board of Magistrates of The Shelby Society, Incorporated, planted a tree on the north lawn of The Old Governor's Mansion on High Street in Frankfort.

An American hornbeam, sometimes called a blue-beech tree, was chosen for the planting.  A native Kentucky species, it is a small shade tree, and has pendulous flowers which appear in the spring.  Historically its wood has been used for canes, walking sticks, and golf clubs.

The Shelby Society is an association of descendants of the Governors of Kentucky dedicated to promoting and sponsoring initiatives and making contributions that will enhance the quality of life in the Commonwealth and preserve and continue the legacies of the governors and their families.  The Shelby Society, Incorporated, is a 501(c)(3) organization existing in a corporate, yet fraternal and social manner, as an educational and charitable entity.  Named in honor of our first governor, Isaac Shelby, this organization is the first such society created in the United States for the descendants of the governors of an individual American state.